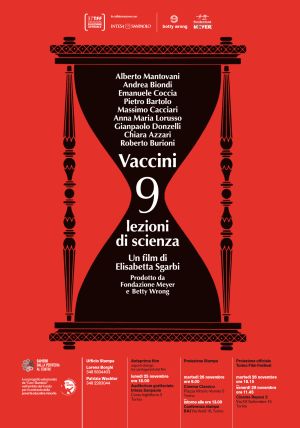 What vaccines are, how do they work, how were they born, do we get too many or too few vaccines, can vaccines have collateral effects, which is their relationship with immigration issue, are we properly informed or we only get fake news about vaccines and how can we avoid them: these are just some of the topics that 9 men and women of science (physicians, semioticians, philosophers) deal with during these playful and eclectic “lessons”, in a documentary whose aim is not to re-open a debate, but to close it once for all, putting science back at the heart. Science, as these personalities say, if it is true, is never dogmatic, it is constantly questioning itself, aware of its own fallibility. But because of that, science is trained to unmask, with humility and authority, any dogmatism that opposes it. To vaccinate is not a game, because lives of weaker people, mostly children, are at stake, people who can’t protect themselves. In support of the theories on vaccines, a theory of mechanical games to support scientists’ theses.