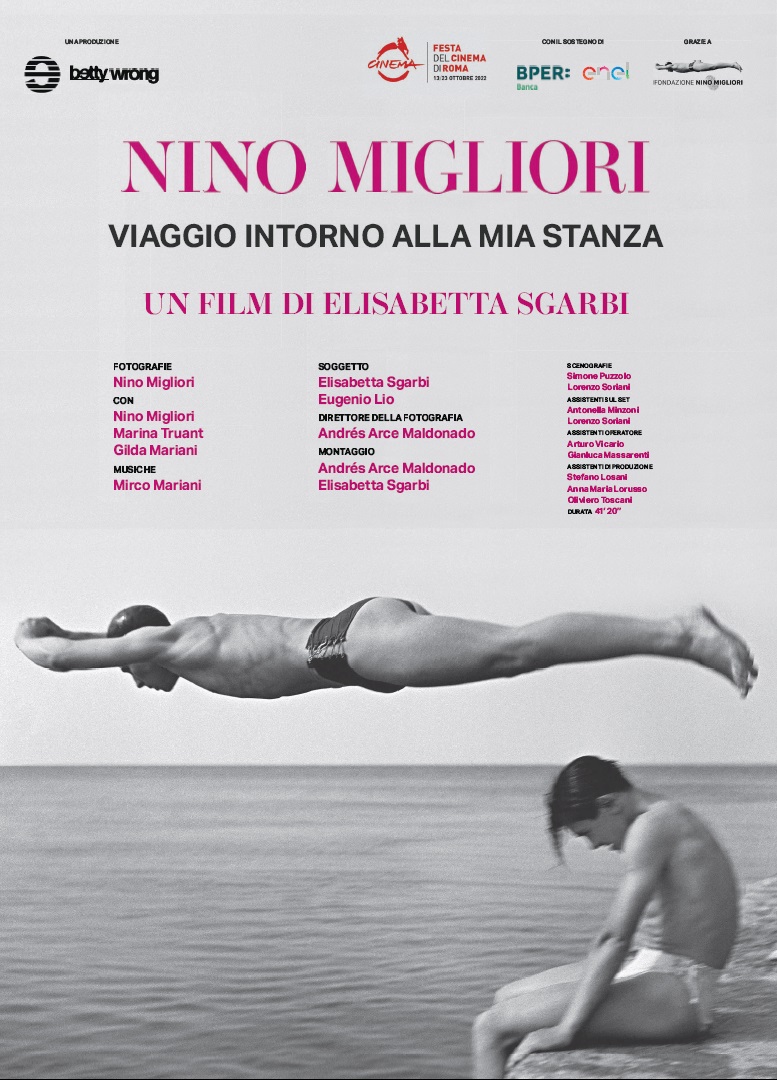 Nino Migliori. Journey around my room is the story of a film that is mine and not mine. It is a film about Nino Migliori which, right from the start, gets out of hand, and becomes a film by Nino Migliori. It is the story of my progressive retreat, partly aware, partly unconscious. Because, fascinated and dragged by the experimental fury of this photographer born in 1926, I let myself be entangled in his creations and his enthusiasm. So, in his “room” – the legendary atelier in via Elio Bernardi 6 in Bologna, with the complicity of the priestess of this creative shrine, Marina Truant – I tried to take it back on par with his experiments. But he was always one step ahead, and taking up his camera, he photographed the staging, forcing me to ¬film him. We have thus created a circle (virtuous and vicious and also obsessive). I tried to bring order, giving “a time” to his photographic creations, sometimes with highly scientific names (Polarigram, Lucigram, Stenopeogram), sometimes more descriptive (People from Emilia, Walls), sometimes more provocative (Make love don’t make war, Kitch Sex). I had the ambition to have Nino tell his story, reuniting his first photograph, a San Domenico in Bologna from 1948, and his most recent, which happened there, during filming, to Gilda Mariani. I had the ambition to close it in a circle, alpha and omega of an infinite sequence of shots and ideas, stories and glances. But Nino Migliori is traversed by a perennial centrifugal force that, to the story told and closed in on itself, prefers the beauty of the present, loving the rapacious gaze that sees life, and appropriates it with a predatory shot. In this polarity between mine and his gaze, the film lives (as in a room with infinite boundaries, like the mind of Migliori). And in this tension, the film was stolen from me, gently but relentlessly, becoming a film on Migliori, by Migliori. With my complicity, of course. Because to me this subtraction seemed to be the best way to make a film on Migliori, which respected his thinking. In this game of mirrors, there is one of my imprints, or rather two: the story of a love that runs through the film, or rather the story of a love chase, the one between Nino Migliori and Marina Truant, that starts and ends in the very same magic space of this room. And the soundtrack, created by Mirco Mariani, a further mirror of nervous vibes that belong to Nino, to me and to the movie itself.
(Elisabetta Sgarbi)